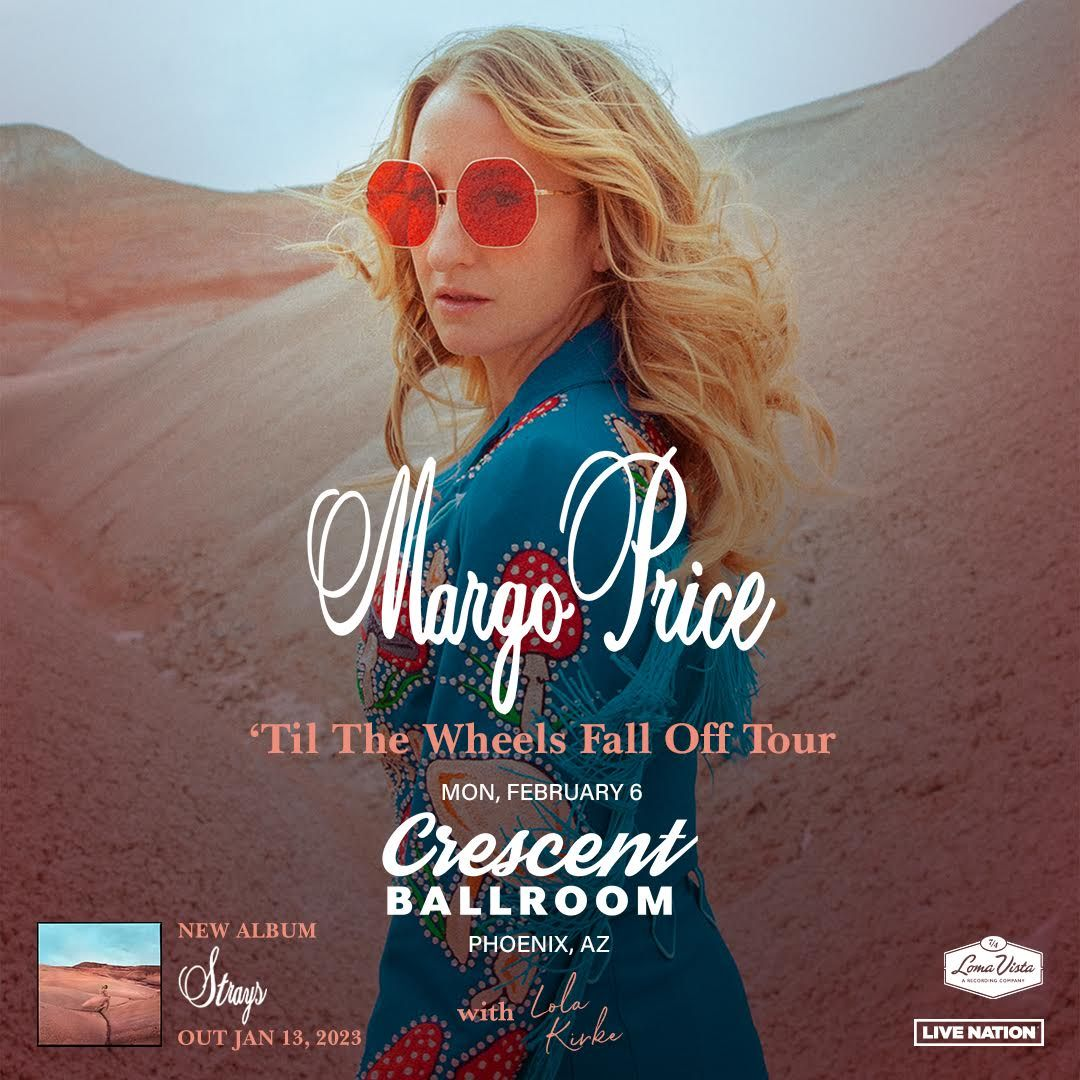 For questions regarding the VIP packages, please reach out to [email protected]. 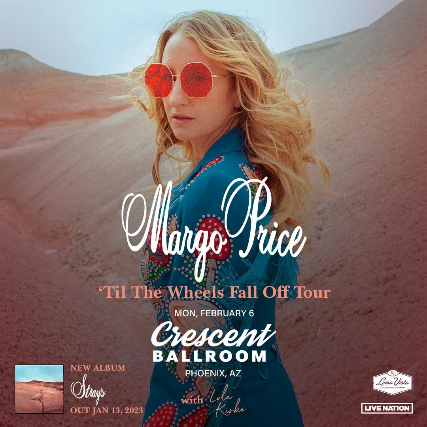 Margo Price has something to say but nothing to prove. In just three remarkable solo albums, the singer and songwriter has cemented herself as a force in American music and a generational talent. A deserving critical darling, she has never shied away from the sounds that move her, the pain that’s shaped her, or the topics that tick her off, like music industry double standards, the gender wage gap, or the plight of the American farmer. (In 2021, she even joined the board of Farm Aid.)Now, on her fourth full-length Strays, a clear-eyed mission statement delivered in blistering rock and roll, she’s taking onsubstance abuse, self-image, abortion rights, and orgasms. Musically extravagant but lyrically laser focused, the 10-song record tears into a broken world desperate for remedy. And who better to tell it? Price has done plenty of her own rebuilding—or as she shout sings in explanation on “Been to the Mountain,” the set’s throat-ripping opener, “I have to the mountain and back alright”—and finds herself, atlong last, free. Feral. Stray. Moving from the sparse folk of her 2016 debut, Midwest Farmer’s Daughter, into the rollicking roots of its follow up, All American Made, the following year, and, in 2020, into classic rock with Rumors, Price has established herself as a sonic explorer of the finest ilk. Still, she says, “This could be too out-there for people. But I just have this morality where I feel like, it has to be this.”And thisdoes sound different. Louder, lusher. More layered. Price and her bandrecorded the set across a blissful week in Topanga Canyon, California, at producer Jonathan Wilson’s Fivestar Studio in the summer of 2021. (A smaller second batch would get tracked in Music City, months later.) Wilson, who has helmed sets from Angel Olsen, Father John Misty, and Dawes in recent years, created a space for Price and her band—a longtime troupe that’s been honing their kinetic, even raucous, live show since before Midwest Farmer’s Daughter—to traverse new sounds and influences confidently.Album opener “Been To The Mountain” showcases her “hard-living swagger” (The New York Times), while the Mike Campbell-assisted “Light Me Up” lays down a searing, explicit epic. “Radio,” a buoyant guitar track featuring Sharon Van Etten, embraces sunny pop melodies. While the dobro-and pedal steel-laden “Hell in the Heartland,” which Price penned in the immediate, uneasy aftermath of quitting drinking, builds towards a cacophony of distorted vocals and synthesizers.Rock and roll, psychedelic country, rhythm & blues, and even bright shiny pop, they’re all there on Strays, but as each refract through her artistry, that delicate vocal and unhurried delivery, they come out sounding singularly her. While the last few years have seen remarkable moments of acclaim—a Best New Artist Grammy nomination, Americana Music Honors, a Saturday Night Live performance, and just about every outlet and critics’ year-end Best Of list—Price is still hungry. “I still have a lot of drive inside of me,” she says. “I have a chip on my shoulder. It feels like I still haven’t been able to fully realize all my dreams yet, and that eats me up.” Just wait 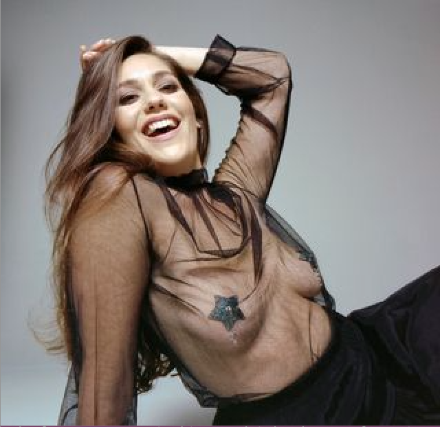 Lola Kirke stands out like a flash of neon magenta in this nostalgic landscape of Americana tin-types. While many of her singing, songwriting peers look further back for inspiration, Kirke’s sweet spot is decidedly in the excess of the 80’s. Anyone only familiar with Kirke through her on-screen performances (Mistress America, Gone Girl, or Mozart In The Jungle) may be surprised by just how dazzling Lola-playing-Lola can be