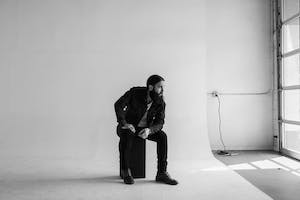 Any questions regarding your package reach out to INFO@FUTURE-BEAT.COM

Nashville-based singer-songwriter, Ron Pope, has been navigating a sea change as of late. In the immediate aftermath of the birth of his first child, before he’d found his footing in this extraordinary new reality, a jarring incident left him contemplating his own mortality. After completely scrapping early recording sessions for the upcoming album Bone Structure (TBA, 2020), Pope set out on a new path, crafting incredibly candid songs directed squarely at his newborn daughter. Some songs speak to her directly and muse on the experience of fatherhood, while others reflect on a personal experience that has a lesson or a moral. Pope's 2017 release, the critically-claimed "Work" drew comparisons to Tom Petty and Bruce Springsteen, while also refusing to put him squarely into one category. Uncompromising and relentless, Pope has evolved into one of the top grossing independent acts in the business while garnering a legion of devoted fans the world over. Taking the industry-road-less-traveled and holding fiercely to his independence has proven fruitful for Pope; to date, he has sold out shows on three continents and in more than 20 countries, sold over 2 million digital tracks, had over 350 million streams on Spotify, 825 million plays on Pandora, 150 million views on Youtube, and has more generally crushed every metric used to measure what is possible for independent artists. 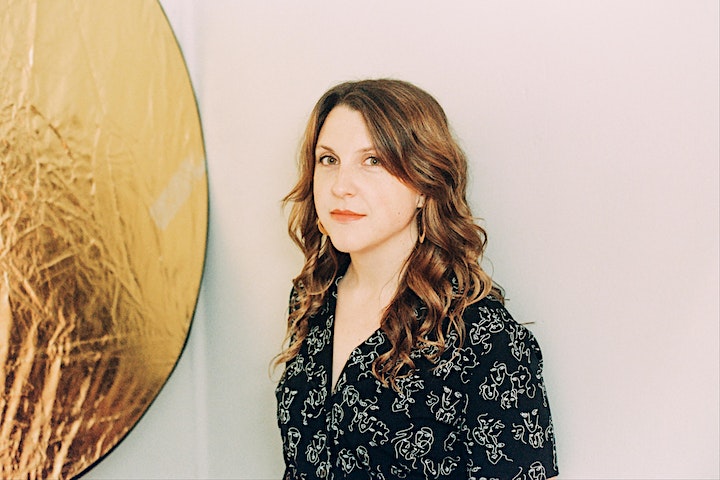 The third full-length from Caroline Spence, Mint Condition is an album narrated by people in various states of searching: alone on faraway highways, restless on rooftops in glamorous cities, stubbornly chasing their deepest dreams against all better judgment. With her poetic clarity and precision of detail, the Nashville-based singer/songwriter reveals the risk in setting out on an unconventional path, and subtly makes the case for living your own truth without compromise or fear.

For Spence, the making of Mint Condition was an act of both self-reckoning and discovery. “People tell you to write about what you know, but a lot of the time I write about what I don’t know,” she says. “For me songs are a way to ask questions, and sometimes you end up figuring out the answers.” Despite some moments of self-doubt, Spence telegraphs a quiet self-assurance, a faith that she’ll someday embody the essence of the album’s title phrase—something weathered and delicate yet miraculously intact. “A lot of these songs come from a very tired-and-worn place,” says Spence, lifting a phrase from the title track. “There’s a sense of things not going my way and feeling rattled by that, but knowing deep down that it’s all part of getting to where you need to be.”

Having won numerous songwriting awards from industry mainstays like the Kerrville Folk Festival, Spence has long been regarded as a best-kept secret in her scene, earning admiration from esteemed artists like Miranda Lambert and from her own fellow writers in the Nashville underground. Her debut for Rounder Records, Mint Condition follows Spades and Roses—a 2017 release praised by American Songwriter as “an album of stunning beauty and lasting impact.” In bringing Mint Condition to life, Spence worked with producer Dan Knobler (Lake Street Dive, Erin Rae) and recorded at his Nashville studio Goosehead Palace, landing a guest appearance from Emmylou Harris and enlisting musicians from Spence’s previous projects and live band. “It’s wonderful to step into a room full of people who already know me,” says Spence. “They have this unspoken understanding of my instincts, so it made the whole process really comfortable and collaborative.”

The kinetic energy of that collaboration infuses all of Mint Condition, an album centered on Spence’s crystalline vocals and finespun melodies that soar and drift and sometimes gallop. One of the most anthemic tracks on the record, the sharp-edged yet swinging “Long Haul” delineates the many demands of the musician’s life, including the self-sabotage often required in sustaining passion (“I keep breaking everything I’m fixing, so I can be fixing to do it tomorrow night”). “That song is equal parts pep talk and confession, where I’m so determined to keep going with this way of life but I’m also recognizing how insane that is,” Spence notes.

The sole co-written track on Mint Condition, “Song About a City” finds Spence collaborating with Nashville artist Ashley Ray and illuminating the troubles brought on by a romantic temperament. “Anytime I see a song with a city or a state in the title I’m so drawn to it—I wish I could write a song about some great old town, but I always end up writing about relationships,” she says. “I think it’s because that’s the thing I don’t understand, the thing that makes me pick up the guitar every time: trying to figure out my place in the world with other people.”

On “Angels or Los Angeles,” meanwhile, Spence offers up a cinematic piece of storytelling. With several lyrics mined from church signs and freeway warnings from a solo trip to Joshua Tree, the slow-building story-song puts its own spin on the classic runaway narrative (“It’s like a line in someone else’s love song/Her life, like some cowboy’s cliché”). “It’s not necessarily my story, but it’s not not my story,” Spence points out. “In a way I think that can be said for the entire record.”

An especially personal song, “Sit Here and Love Me” elegantly uncovers the nuances of a very specific emotional experience. “I’m dating someone with an incredibly sunny disposition, and as a person who deals with depression and anxiety, I’ve had to explain all that to him while knowing he might never fully understand it,” says Spence. “That song is my way of saying, ‘Don’t worry, it’s okay—you don’t have to try and fix anything for me. Just be exactly how you are.’” With its graceful piano melodies, “Sit Here and Love Me” gently unfolds in flashes of wisdom and insight (“Please recognize my shadow/This is the same place from where I love you deeply”).

Mint Condition closes out with its breathtaking title track, a song with an enchanted history. “I remember sitting on the floor of my bedroom in 2013, at a point when I’d been writing a lot of woe-is-me breakup songs,” Spence recalls. “I gave myself a writing prompt that was something like, ‘Let’s write the opposite of all that; let’s think about the type of life you’d like to look back on when you’re older. Let’s write something good enough for Emmylou Harris to sing.’” Drawing inspiration from her grandmother, Spence then came up with “Mint Condition,” a moment of beautifully bittersweet reflection. Through a few serendipitous twists and turns, Spence eventually recorded the song with Harris herself, their two distinctly textured voices blending to spellbinding effect. “We lost my grandmother recently, and it was really meaningful to me to have her hear that version with Emmylou singing,” says Spence. “Everything came full-circle in this amazing way.”

Spence’s affinity for Harris traces back to when her aunt worked at Asylum Records around the time that Harris recorded Wrecking Ball—an essential part of the soundtrack to Spence’s childhood. Born into an exceptionally music-loving family, the Charlottesville native started writing her own songs at age six and playing out in her hometown at 15. In 2015 she made her full-length debut with Somehow, a self-released effort featuring appearances by Anderson East, Erin Rae, and Andrew Combs (who later recorded one of Spence’s songs). With her debut winning the attention of Miranda Lambert (who posted about Somehow on her social media), Spence went on to deliver Spades and Roses and gain acclaim from outlets like NPR (who noted that the album “occupies that Nashville sound equally at home in honky-tonks and bedrooms”). In 2018—after working as a decidedly independent artist her whole career—Spence shared the early mixes for Mint Condition with Rounder Records, and soon signed with the label. “It feels really natural to come to them with this record, which is such a complete expression of who I am,” says Spence.

Throughout Mint Condition, Spence shows the ever-expanding depth of her musicality, with the album encompassing everything from the full-tilt jangle-pop of “What You Don’t Know” to the stark atmospherics of “Sometimes a Woman Is an Island” to the ghostly folk of “Who Are You.” And on the heart-walloping “Wait on the Wine,” her tender vocals take on an entirely new power. “I wrote that one a few years ago, not ever thinking my voice could pull it off,” says Spence. “But the voice is a muscle, and I’ve put this muscle to work singing all around the country. Now I have that confidence and strength to belt the way I don’t think I could have when I was 23.”

For Spence, that growth comes not only from spending countless hours on the road, but from purposefully preserving her truest intentions as a musician and artist. “At the end of the day, songwriting is what matters most to me and brings me the most joy,” she says. “I’ve worked hard to try to keep that fire going, and to protect that thing that made me want to write in the first place. I’m always just thinking about my 16-year-old self alone in the bedroom, because she knew what she was doing without anyone having to tell her. She’s the one who got me to where I am now.”

4 TICKET LIMIT PER CUSTOMER. YOUR NAME, CREDIT CARD, ADDRESS, AND EMAIL ADDRESS WILL BE VERIFIED. EVENTBRITE AND CRESCENT BALLROOM RESERVE THE RIGHT TO CANCEL ANY ORDERS IN EXCESS OF THE STATED TICKET LIMIT.

ANY TICKETS SUSPECTED OF BEING PURCHASED FOR THE SOLE PURPOSE OF RESELLING CAN BE CANCELLED AT THE DISCRETION OF CRESCENT BALLROOM/EVENTBRITE.