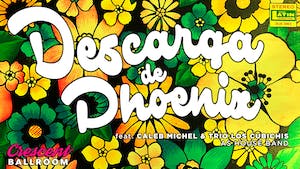 Get ready... We're throwing the first ever DESCARGA in Phoenix, bringing the most seasoned and ambitious musicians from all over the city together on stage to create music together for one magical night! CALEB MICHEL & TRIO LOS CUBICHIS serve as house band for the debut of Descarga De Phoenix, setting the musical focus for this jam session in Havana, Cuba -- home of the original Descarga sessions initiated by Cuban bassist Cachao.

Keep your eyes and ears out as we present our DESCARGA DE PHOENIX monthly, with different house bands manning the helm to create various music focus from all over Latin America! Join us and be a part of the magic!